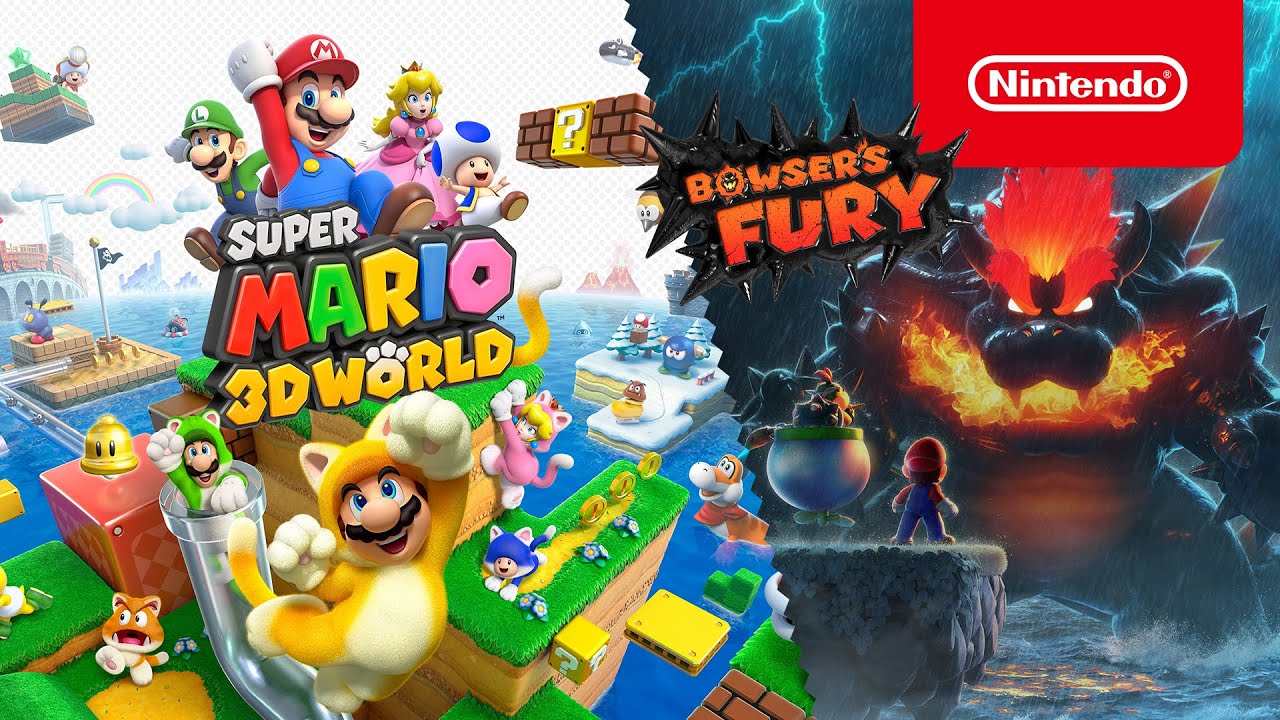 I missed out on the original Super Mario 3D World on the Wii U. I did play and enjoy 3D Land with its 2D/3D fusion and I knew that 3D World built on that idea substantially. Plus, I knew that people that had played the game loved it. So I was really happy that it was coming to the Switch. It helps, of course, that Mario becomes a big furry yellow cat in this game. And (thanks to the Bowser’s Fury addition) we could also look forward to the moustachioed plumber’s nemesis going all ‘Heavy-Metal Godzilla’ on the world. And if the combination of cute cats and electric guitar-shredded mushroom kingdom melodies is not enough to get you interested in a Mario game, I’m not sure what will. (Also, you may want to check out that stone-cold heart of yours.)

Simply one of the best modern Mario games!

So, what can you expect? Is this another cookie-cutter Wii U you port? Well, I’m excited to report that wonderfully, no, it’s much, much more than that. In fact, I think it is simply one of the best modern Mario games finally getting the platform it needs to shine in the light of the Koopa King’s fiery breath. I absolutely loved it!

It’s hard to describe a Mario game and not sound like a complete lunatic telling a weird joke with no punchline: “A couple of plumbers, a Princess and a very cute mushroom-man-hybrid jump down a pipe. Entering a wacky world where a giant Lizard King has captured a bunch of Sprixies (Sparkly Pixies? Sprightly Pixies? Portly Sprite-ies?) in glass jam jars. It’s up to this funny foursome (together or individually) to take the form of mostly magical cats and save the world.” Yup, that’s usually about the point when the men in white coats would come over. However, Nintendo just makes the madness work.

3D World embraces you with some absolutely fantastic music.

They manage to pull this in off in 3D World particularly well because everything is so wonderfully creative, easily accessible to new players, remarkably designed and, most of all, fun. From the first jazzy notes as the title screen opens up, to the final riffs on familiar tunes in later levels, 3D World embraces you with some absolutely fantastic music. I found that it not only captured the oddball atmosphere really well but was perfect for cueing danger and differentiating the unique worlds within the game. Best of all, it’s just great to listen to. Of course, the bright cartoony aesthetic looks great on the Switch and ran super smoothly too. And it was with these impressive visuals and music creating the perfect backdrop, that the great hybrid-level design really came to the fore – ensuring that this is a game I will be coming back to again and again.

Super Mario 3D Land provided the first mashup of older Mario 2D games with his more open-world-style 3D adventures. And while that was already a lot of fun, World goes that step further by introducing the Super Bell (Cat Mario) power-up. It may sound strange – but having so many of the levels tailored specifically for exploration based on the character’s new abilities to climb walls, scratch and perform downward diagonal dashes is a simple but extraordinarily effective way to make the game feel fresh (especially if you want to collect everything within the level).

Cat Mario introduces something new and tailored to the ‘combo 2D/3D’ experience which I found really satisfying.

I was always looking for the Super Bell, then doing my best to explore every nook and cranny of every area before rushing up the flagpole. I think it was this combination of fun exploration from the sandbox Mario games (like Odyssey, Sunshine and Galaxy) and the excitement and satisfaction of completing bite-sized levels in a themed-world map (and then move on to the next one) à la the Super Mario Bros. games that just felt perfect for me. And while some of the other more traditional power-ups felt familiar and I’m glad they were there, Cat Mario introduced something new and tailored to the ‘combo’ experience which I found really satisfying.

Of course, it wasn’t just about the Super Bell. Every level has a unique character – and often a new gimmick or skill to use. While some weren’t my favourite – I didn’t for example love the motion control levels – there’s so much more to enjoy than not. I really like how the first few levels slowly taught you a new ability. Once you had it, the difficulty gradually ramped up or a new element would be introduced. This great design continued all the way through the game.

While not wanting to give anything away, there are some great little additions to look forward to post-game. Those later levels are honestly some of the most enjoyable I can remember playing in any platformer. You’re also enticed to return to levels using the different characters (Mario, Luigi, Peach and Toad all have slightly different attributes – like running speed and jumping height/airtime) – for pure platforming bliss. And if that wasn’t enough, little extras, like the interesting Boss Battles, a fun Snapshot Mode and Captain Toad puzzle-flavoured levels, provide the perfect palate cleanser in between all the straight-up platforming.

Now, of course, part of the charm of 3D World is the multiplayer action. The couch co-op basically sits on an X and Y axis of fun and chaos. I played two-player with my wife and it’s great to cooperate to collect things as cats, especially on the early levels. However, the later levels are quite a bit more challenging and working together is tough to coordinate. I imagine adding another two players only increases the mayhem – and while the may sound like a bad thing – I think that’s kind of the whole point. You know, herding cats and all that.

There’s always a concern that no online play available for review means that it just won’t be up to scratch.

I would’ve loved to tell you about the online multiplayer options that were “especially” added to the Switch version. Unfortunately, though, these were not available at the time of the review. There’s always a concern that that means that the online won’t be up to scratch. However, I suspect that at least for us South Africans, online wouldn’t have been that good anyway (if previous games in the same vein are anything to go by). And so, sadly, I’m just not sure how many strangers you’ll get to throw off random moving platforms. But if you do – that’ll probably be fun too.

Of course, for those few out there that have played the original game on the Wii U – the upscaled resolutions, the ability to play the Captain Toad levels in multiplayer and even playing online may not be enough to entice you to double-dip. And that’s where Bowser’s Fury comes in. It’s quite hard to define exactly what kind of game the addition feels like. However, this is the best I could come up with: If you think about World as a mostly 2D-styled Mario game with some 3D elements, then Fury is like a mostly sandbox-style Mario game with several callbacks to World‘s 2D mechanics and movement. They oppose but complement one another. One leans into Super Mario Bros. more heavily; The other into Odyssey and Sunshine. And it has me excited for what Nintendo has up its sleeve for Mario in the future.

Electric guitars rock to the arrival of a silhouetted Bowser – and it’s an unexpectedly intimidating experience.

Bowser’s Fury is a great play on tone. The world (a collection of small islands in the feline-themed Lake Lapcat) is usually as bright and welcoming (if a little more detailed) as everything you saw in the base game. However, every so often, the sky darkens, the rain pelts down and the mood turns sombre. Fury Bowser emerges looking bigger and badder than he ever has and suddenly everything feels rather grim. The visuals and music (that I waxed lyrical about in 3D World) are somehow even stronger here giving this stark contrast more life. Happy colours and music in a friendly world where everything-is-a-cat feels comforting and familiar. But when big, bulging droplets of water splash onto Mario and light flashing across the sky reflects off his wet cap as electric guitars rock to the arrival of a silhouetted Bowser – it’s an unexpectedly intimidating experience.

Gameplay-wise each island has a series of tasks which allow you to collect Cat Shines. These not only open up new areas but eventually allow you to take on Fury Bowser as the wonderfully paradoxical Giga Cat Mario. I enjoyed collecting Cat Shines. A lot of them have a platforming-related angle, but there are also some light puzzle elements and a bit more adventure-style exploring which made it feel different enough to 3D World. Plus, there’s just something exhilarating about surfing and sliding about on Plessie. Taking on Bowser and having the world suddenly turn dark while you do was quite fun early on – but his insistent popping up and repeatedly doing the same thing to drive him away wasn’t my favourite.

Bowser Jnr is the perfect way to team up with a less-experienced player.

Having Bowser Jnr as a companion was a nice change of pace too. Playing as a single-player you can toggle how much he actually helps out which is a nice option. But what I really enjoyed was playing with my wife. We first started out with me as Mario, but the fact that the camera tends to follow the plumber means a less experienced player can lose Jnr a lot of the time. However, after we swapped characters, the ability to jump to Mario’s side at the press of a button, fend off enemies and collect Power-ups really made it an enjoyable experience for my wife. She had assistance whenever she needed it, but could otherwise take the leading role. And whether I played alone or with a second player – I’m happy to report that it was quite a bit longer than I expected and getting 100% will not be a simple two or three-hour task.

Some people already knew about and played Super Mario 3D World. They knew that the Wii U game had fantastic music, bright visuals, an amazing amount of content, a fun if chaotic multiplayer and so many expertly designed levels that bring you the best of both Mario 2D and 3D franchises. They knew it was special. However, so many of us did not. Now, with its move onto the Switch and a few minor improvements (including (hopefully) some online play), this simply stunning game will likely get the attention and credit it deserves. Throw in the fact that Nintendo has added a surprising, unique and encouragingly substantial addition in Bowser’s Fury too and this is not only the way I wish more Wii U games had been ‘ported’, but quite honestly one of the best Mario games I have ever played. 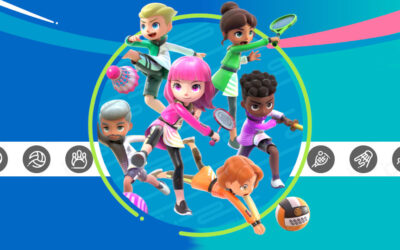 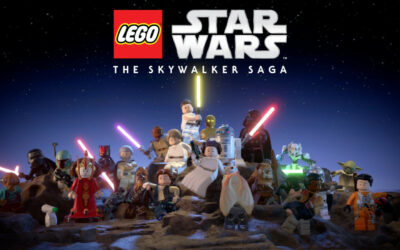 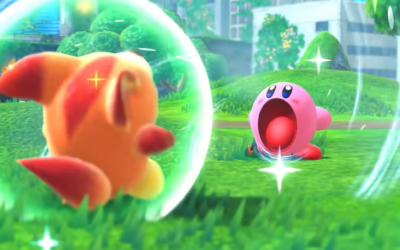