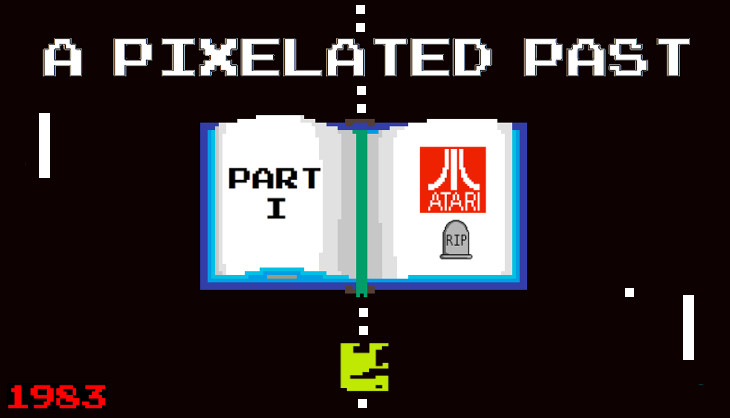 A Pixelated Past: Part I

As a nerd born in the eighties, I have always been interested in the history of video games and particularly that of Nintendo. There are some pretty interesting stories to tell. So that’s what I’m going to try to do. Referencing a number of documentaries, videos, books and articles, The Nintendo Gamer will take you through a number of outstanding milestones in the history of gaming for the next few weeks. We will introduce you to a few important figures and by highlighting a few (or the more fun and quirky bits), hopefully giving you a better idea of what has come before so we can better understand where we are going. But before we get to Nintendo – we need to focus on another company the breathed the video game industry as we know it into life…

PONG – An industry is born

It was the seventies. A time of platform shoes, rock music, the development of modern computing and later even Star Wars. It was also a significant time for gaming, particularly in America. Nothing typifies the crazy nature of the gaming world back then better than the story of Atari. It goes something like this: A young Nolan Bushnell (an amusement park worker and computer science student) along with Ted Dabney create a video game company called  Syzygy and produce the relatively unsuccessful Computer Space. Later, the two men create a new company and call it Atari. At some point, Bushnell watches a demo of arguably the first commercial home console system, the Magnavox Odyssey’s Table Tennis game.

Atari then hires Allan Alcorn. Alcorn has a background in electrical engineering and computer science but has never made a game. So as to learn how to create games, Bushnell assigns Alcorn the task of creating an Atari game based on the same ‘tennis’ premise he saw during the demo. Despite being just a test case, the completed game – Pong – impresses Bushnell and Dabney so much that they decide to manufacture it as an arcade game. By the end of 1972, Atari’s Pong is a massive hit. Video games as a commercial and business entity seemingly blow up out of nowhere. Coin-operated arcade-style video games sweep the nation and quickly became part of Americana. These modern iterations of the humble mechanical pinball machine could now be found everywhere; in video arcades, pizza parlours and even pharmacies (really any place that had a corner big enough to fit an arcade cabinet). And right there, you would find a line of youngsters wielding their quarters; wanting to be the first to tackle the new arcade hit.

Despite the success experienced in the arcade market, the most important development in the video game world that occurred in the seventies was probably the realisation that home consoles would be the future. Atari decides to build a home console for their massive hit Pong. Home Pong is made – and again sales soar.

Atari is flying high, and decide this is the perfect time to sell their company to another company that can fund further development. In 1976, they catch the eye of media giant Warner Communications – mostly because the chipset that Atari had developed meant that a future console using it may have the ability to handle multiple games.

This chipset and this partnership lead to the creation and release of the Atari VCS (later to become known as the 2600) with nine cartridges in 1977. The console changed the world. Despite reasonably slow sales at the start, the fact that new games could be developed for the system meant that it was one good game away from being a smash hit. According to some, this happened with the release of Space Invaders 1980 along with a new integrated microprocessor for the Atari. It finally exploded.

By this stage, Atari had become the hippest place to work, and many young computer engineers flocked to work there. Over the next few years, some of the most creative and significant early video games (coin-op and home console) flowed out of the front doors – Centipede, Yar’s Revenge, Adventure (the first game with an Easter Egg – yes everyone knows this Ready Player One) and more.

The culture in the game development team was pretty free-spirited and many would even describe it as a wild party-like atmosphere; with hot tubs, drugs and alcohol seemingly all part of their creative process. This atmosphere, along with even more serious recent revelations (which we won’t go into in this article), may go some way to explain the attitudes that would eventually lead to the decline that was on the horizon.

However, that would only happen later.. for several years Atari would remain on top of the world. In fact, according to some statistics, in those years they had an ‘80% market share’ of the video game industry. The 2600 was king.

At about that time, movie licenses were all the craze. Every hit movie needed to have a video game tie-in. So one of the classics from that time period, Raiders of the Lost Ark, became an Atari game. Yet another Atari hit. Atari kept producing winner after winner. The industry was flying. Nothing seemed like it could go wrong. Yet, what must’ve seemed like minutes later, in 1983 the US video game market crashed. Yes even faster than it had grown, the balloon that was the industry popped.

ET and the death of video games

Atari – the once seemingly invincible giant of the gaming world – crashed hard. The then “fastest-growing company in US history” virtually disappeared overnight. Any remnants of the once-mighty company decided to cut their losses and literally sweep a litany of their now unsellable games under the rug. The rug being the Almagordo desert in New Mexico.  Yes, as crazy as it sounds, several truckloads of Atari gaming merchandise were thrown into a pit, then covered in dirt, in the desert.

The reasons for the Atari failure were many-fold. Some game developers started to feel that they weren’t being paid very well, and were not being properly recognised for their work. Many left the company and started their own software companies. At this time, the hubris coming from several years of unparalleled success and the seemingly unending amount of money on hand led to inadvisable choices. Finally, after years of producing smash after smash, Atari slowly began over-promising and under-delivering. They began to wildly over-estimate sales and produce desperately underwhelming games.

The most well-known example of this is the now infamous ET (pictured above). The game produced in approximately five or six weeks became the poster child for Atari’s –  and the video game market as a whole’s – epic failure. Atari apparently produced some 4 million units, and only managed to sell about 1.5 million. So much money had been invested, and yet the gameplay was so ‘unfair’ that to this day the dreaded falling-into-the-pit-laden adventure is considered by many to be the worst game of all time.  ET gets a lot of the headlines, but as highlighted by IGN, other games, including the 2600 port of Pac Man, were also rushed through production. Despite the fact that the port itself was pretty bad, Atari produced some 12 million copies – even though its install base was only about 10 million consoles.

However, that is only half the story. The video game industry as a whole crashed. The simple economic truth of supply and demand had come to pass in a very obvious way. After years of riding the wave of huge demand, the market was now flooded. Despite Atari being the out-and-out leader, every toy and new electronic company wanted a piece of the action and so created and released their own consoles. This led to way too many hardware options, including amongst others: the Fairchild Channel F,  the Intellivision, the ColecoVision, Bally’s Home Library Computer and many many more.

Home computers like the Commodore 64 were also beginning to steal market share – the argument that they could play games and help with work was difficult to argue against. To add to this significant hardware issue, and possibly even more damaging to the industry, was that the market leader, Atari, and the Atari 2600, had become so popular that every developer wanted their software on the console. Now this may not seem like a bad thing, but because Atari seemed so untouchable, no concern was given to what kind of games should be allowed to be on the console. Everyone was invited to the party, so everyone arrived at the party. Shovelware overflowed, and it glutted the system. Too many bad games were around, and so too many customers paid too much for games that just weren’t that good. Demand plummeted. Retailers slashed console and game prices and began to view home consoles as radioactive money pits, quickly making sure that they did not touch one with a ten-foot pole. Big companies like Mattel, Coleco and others simply got out of the game, and even though Atari limped on for a few more years, eventually even this gaming giant had to abandon producing hardware.

In just over a decade, the home video game industry in the US had been born, lived a bright life and then died.

Well… at least until Nintendo came along.

Be sure to check A Pixelated Past: Part II – How Nintendo saved the world.

The History Of Gaming: An Evolving Community (2015) TechCrunch

← Prev: Rumour: Mario Kart 9 will be 'teased' this year Next: A Pixelated Past: Part II → 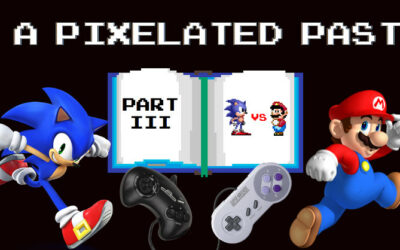 A Pixelated Past: Part III

The video game industry in the US exploded into life and then almost just as quickly suffered an incredible death. (A... 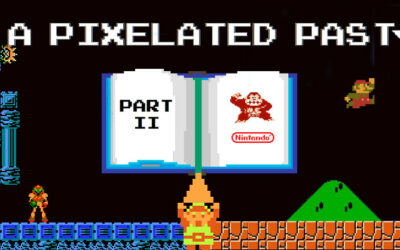 A Pixelated Past: Part II

It was 1983 and the American Video game industry was dead. (If you want to find out how – be sure to check A Pixelated...